My team did some detailed analysis on the potential investment scene one can expect to see as the rest of 2016 slowly unfolds. And it’s not going to be anything like the economy expected!

Startups were drenched in investors’ money all of last year. The inconsistently playful stock market, however, is now making the investors work more carefully toward the startups they want to invest in. The total amount that investors would be investing is estimated to drop by a quarter of what it was last year.

So, what are some of the investment trends we foresee? Let’s explore!

Education: Does it matter?

Will educational qualifications be that important when you evaluate startup founders? That’s a big NO.

Take any successful new venture and it’s probably the baby of a high school dropout. Ultimately, all that matters is the idea behind the company. Is the concept fresh and promising? Then, you’ve just struck gold! The universities or schools the founders attended will not be used as a criterion for judging the potential of the startup either as, in reality, startup ideas are being conceived equally well by the minds of many innovators, be that of an ex-MITian or an ex-IITian.

The fate of the investees

Indeed, many of the startups get acquired within a couple of years. And really, isn’t that the ultimate dream of the founders? 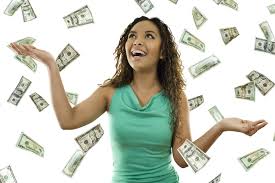 Some of the startups do stumble and crash. Things to watch out for are overexpansion and blind competition.

Then, there will be those who go public. How do they perform right after that? We’ve seen some pretty dismal performance for most IPO-based companies. So, is it really a good route to take? That’s quite a gamble in itself!